Students of elementary and high schools in Berane competed in various skills in the hall of the Cultural Center, thus showing their dedication in presenting their talents. The young people presented their skills in knowledge, acting, skits, music, literature, and art, so the entire ceremony was filled with cultural events. The project “Talenat – pokretac mladih” was realized by a group of young people from 16 to 18 years old, in cooperation with NGO CEPS from Podgorica and Office for the Youth from Berane, within the project “Empowered young people for a stronger society”, supported by the International Republican Institute (IRI). 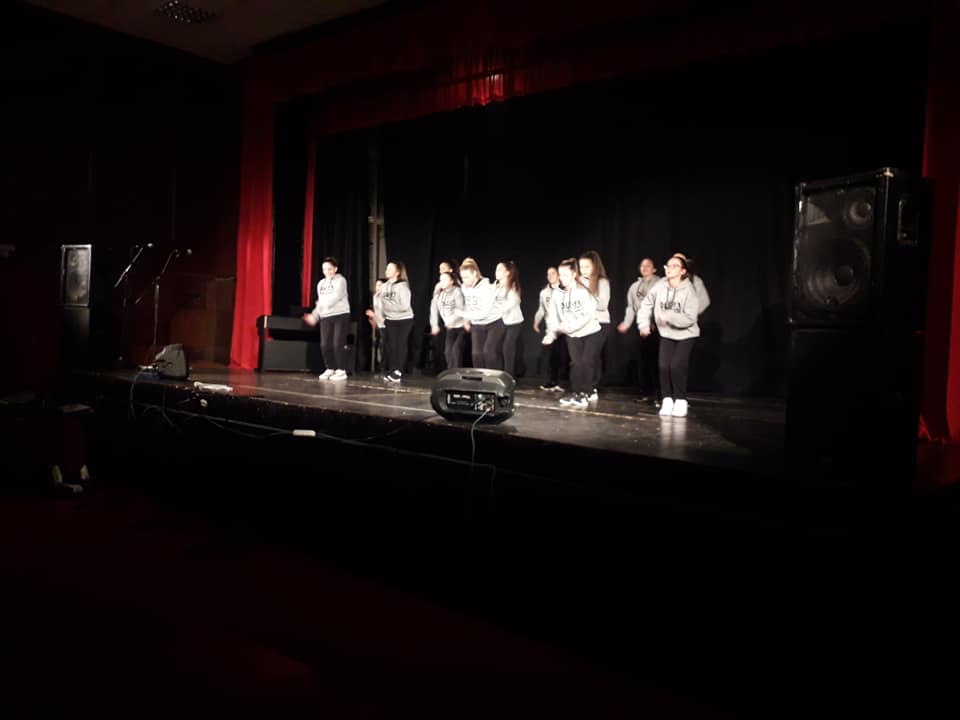 The ceremony “Talenat – pokretac mladih” was opened by Masa Rakovic, who stated that young people are not sufficiently engaged in activities of the local community and do not have the opportunity to promote themselves and express their talents.

“However, we hope that 7th of December will be celebrated every year and that it will become this town’s tradition. It is wonderful to gather this many people and let them express their interests and talents in form of painting, sketching, making photos, acting…”, said Masa.

The event began with an art topic “The World in the Hands of Young People”, where elementary and high school students presented their works. The best ten works were presented in the hall, where a jury, composed of professors of fine arts Boris Vujovic, Biljana Delevic and a high school student and the founder of the comic book store Uros Lekic, evaluated the works. First place went to Jelena Jolic, second place to Luka Akovic and third to Ivana Bakic.

After the art theme, the choir of the music school performed a song by Sergej Cetkovic “Moj Svijet”, and after the performance a knowledge quiz began. Six teams participated in the quiz, of which “IQ 200” was from the Secondary School “Dr. Branko Zogovic”, three teams from the Elementary School “Vuk Karadzic” – “Mona Liza”, “Tim lavlje srce” and “Interested”, as well as two teams from the High School “Panto Malisic” – “Mozgovi” and “Perpetum Mobile”. The quiz committee consisted of philosophy teacher Milica Novovic, history teacher Marko Radojevic and German language teacher Mano Kolenovic. With the help of elimination system in the finals of the quiz there were the competitors of the team “Mozgovi” and “IQ 200”, where the team “Mozgovi” was better in knowledge and won first place.

In addition to the quiz and the art theme, a literary competition was also organized on the same topic, “The World in the Hands of the Young.” Literature teachers Dijana Tiganj, Sanja Dašić and Dijana Arsović rated three of the best works, among them the first place went to Teodora Čukić, second place to Nikola Dajević, third to Teodora Stanković. The most literary works for this competition were submitted by the elementary school “Vukasin Radunovic”. 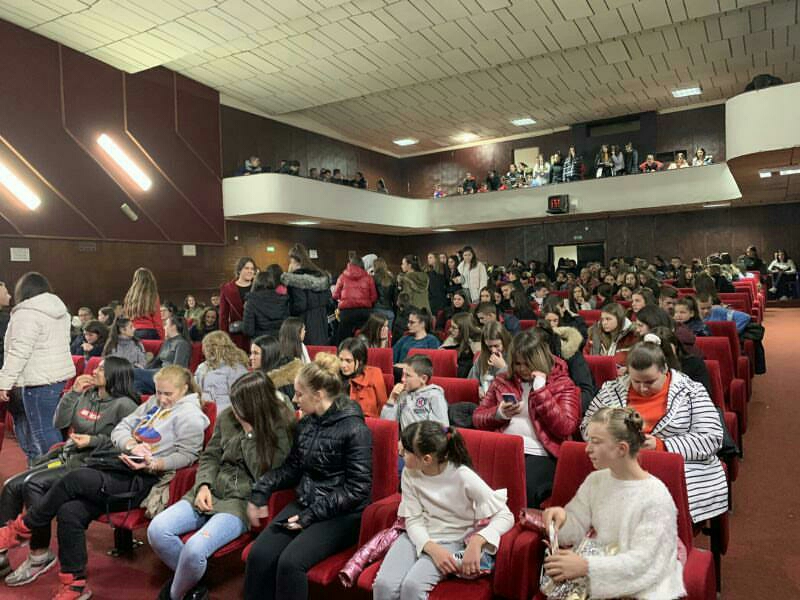 The students also competed in skits. The best skit according to the jury was the elementary school “Vuk Karadzic”, who performed the famous work of Jovan Sterija Popovic “Pokondirena tikva”, second place went to the secondary school “Dr. Branko Zogovic”, and third place to high school “Panto Malisic”.

During the competition, Admir Ukovic, winner of the Municipal Recitation Competition, also performed a recitation. A Dance Club “Duga” also presented their choreography Level Up, with which they won the first place in Budva in the international hip hop dance competition. The audience had the opportunity to hear the songs of Dino Merlin and Zeljko Joksmovic performed by the students of “Panto Mališić” High School.

At the end of the ceremony, thank-you notes were presented to all participants, juries and sponsors. Prizes for the best among them followed. The young talented residents of Berane thanked all the guests and wished there would be more such projects, and of course that the young people should be more involved in the activities of the local community, was reported by Mladiberana.

The event was followed by a movie night, with a screening of the movie “Barking at the Stars,” and three workshops on “Life without prejudice”, “Youth Activism” and a Workshop on Mental Health.