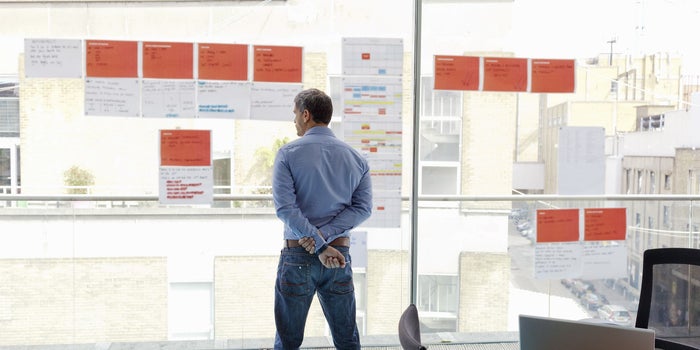 Adapting during a crisis could lead you to transformative opportunities.

This crisis may be the largest we’ve seen during our lifetimes. Some experts expect it to be worse than the Great Depression as many industries are knocked-down by the pandemic which may last two years or longer.

Indeed, even if the governments lift the “stay at home” restrictions, the self-preservation instinct would continue to keep people away from cruise ships, airports, restaurants, theaters and stadiums until the virus goes away.

Viruses do go away, but it takes a rather long time. The Spanish Flu was killing millions of people for three years, from January of 1918 to December of 1920. We all hope that the vaccine or effective treatment of COVID-19 will be developed soon, but medical experts say it may take two years or longer. Then it’d have to be produced and distributed worldwide, and we’ve all seen that even such basic items as face masks or hand sanitizer remain in shortage long after the pandemic started.

So, with a crisis so scary, how can we talk about taking advantage of it?

The answer is very simple: because history has shown us time and again that during recessions and other calamities, some businesses grow explosively fast and prosper. This means that every one of us has to decide whether to search for such opportunities or not.

If you decide that instead of resigning yourself to suffering you are willing to do your best to find ways to prosper during the crisis, you may find useful some of the observations I’m basing on my personal experience of turning crises into success.

For me, it started in a different era and in a different county. By the age of 25, I’ve built, from scratch, the largest commercial bank in Russia – a feat unimaginable in stable economies. But the crisis which brought down the Soviet Union was so profound that young entrepreneurs like me adjusted to the new reality much faster than the shell-shocked adults unwilling to extricate themselves from choices which had become roads-to-nowhere.

Later, in 1992, the KGB returned to reclaim the country and I had to start anew in the United States as a defector. That crisis allowed me to learn new languages, get familiar with international business and to live a life much more satisfying than I could possibly have in Putin’s Russia.

I later took advantage of the Dot-Com Implosion of 2001 to branch out from IT outsourcing to a more scalable software and multimedia production business and it was then that this magazine first reported about me (2005 and 2008).

The Great Recession of 2008 resulted in me and my partner creating TransparentBusiness, the tool we needed to make our IT outsourcing and online visibility company more efficient, agile and competitive. By now, TransparentBusiness is valued at $140 million.

Many others have taken advantage of crises too and on a much larger scale. During a war, for example, the inventor of dynamite became so rich that U.S. Presidents and other top politicians have been competing for winning his Peace Prize.

Fortunately, we can benefit from crises without having to produce explosives. Below you will find five thoughts I can share with my fellow entrepreneurs.

If you were to start a new business now, would you start a business exactly like your current one? Or would it be better for you to move to Iceland and start a bitcoin farm? Or to move to Costa Rica and start a cloud-sourcing agency?

We rarely dare to ask ourselves such radical questions. When things go well, we stay the course under the “don’t fix what isn’t not broken” maxim, often missing much larger opportunities and ending up in a dead-end rut. Profound crises are rare opportunities for us to reevaluate everything. And by that, I mean EVERYTHING.

I’ve done it many times myself. Moving from construction business to commodity arbitrage, then banking, then IT. From Russia to Austria, United States, Antigua, Italy, Spain, Argentina, Canada and the back to the United States. Those changes have always proved to be for the better.

You don’t have to make changes equally radical, but now it’s the time to recall that sunk costs have no value. It matters not how much you’ve invested in your business, house, relationships. If they are no longer the best available options for you, move on.

2. A crisis is the best time to reform

So often we see ways to optimize our businesses and yet don’t act on them, as we know that changes would be met with resistance. Firing, reassigning or retraining people, for example. And every time we pass on an opportunity to optimize, our business moves from “cutting-edge” to “obsolete.”

A crisis is the opportunity to change everything as everybody on your staff knows: changes during a crisis is unavoidable. Dismantle that division which stopped being productive. Change your product line. Promote that young bright lady instead of the old friend who expects that promotion based on seniority.

3. Switch to contingency workforce and telecommuters

One of the most profitable changes is to replace under-utilized full-timers with contingent workers.

In Hollywood, they don’t keep actors on payroll all the time. Actors get hired for the duration of their roles, and the same approach applies to other professionals involved in shooting the movie. Large crews are getting assembled and dismissed frequently.

Many companies are already relying heavily on the contingency workforce model, but most businesses have been hesitant to transition their W-2 workers to the role of as-needed contractors. A crisis is a rare opportunity to re-structure your business with minimal push-back.

You may also discover that many of your workers don’t have to commute to the office on a daily basis. Platforms like our TransparentBusiness make it easy to oversee and coordinate their work-from-home, saving you a lot of money previously wasted on paying for excessive office space and on indirectly paying for the workers’ commute time.

You can also slash your labor costs by selecting the best options for computer-based workers from the global pool of talent instead of having to hire locally. The savings on many professions often exceed 50%, especially for businesses located in NYC, SFBA and other expensive megalopolises. Hiring globally would also give much higher scalability.

This restructuring would have normally caused a lot of resistance but would be seen as necessary during the recession.

Move your money from the crisis-endangered industries to safety, FAST. Even better, move it to the projects which are likely to grow explosively fast in this crisis. The stock value of Zoom has more than doubled since the pandemic started and there are other technologies posed for fast growth.

Don’t feel bad about moving money from the industries which are hurt: you do good to humanity by moving your funds into what people need the most during these challenging times. Today they need Zoom and other work-from-home solutions more than sea cruises, air travel, sports events, restaurants and so many other businesses badly affected by the coronavirus.